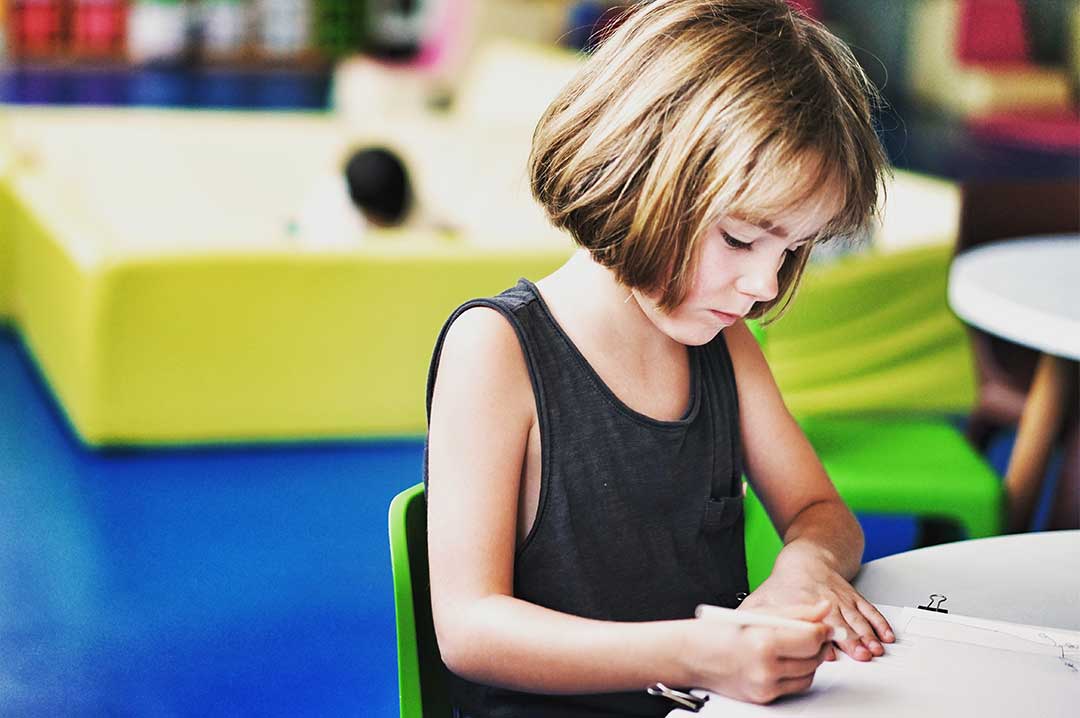 This year’s annual report finds the overall quality of education and care in England is improving, but more action is needed to support the children being left behind

Launching her second Annual Report as Her Majesty’s Chief Inspector, Amanda Spielman said today that, thanks to the hard work of teachers, lecturers, childminders, social workers and many others, the quality of education and care in England is good and improving:

This paints a positive picture for much of the country. However, the Ofsted Annual Report finds that some young people still have the deck stacked against them. It calls for policymakers and practitioners to redouble their efforts to tackle these challenges and drive up standards in the years ahead.

Speaking to an audience of education and social care professionals, local authority representatives and policy experts in Westminster, Ms Spielman said that there has been real progress, but there is still much more to do:

“There are still children who lag behind. Children, for whom it seems the die is cast, even before entering nursery, and who never catch up in 12 years of schooling. Wealth remains a predictor, albeit a weaker one, of educational performance. And despite promises from policymakers, FE is too often seen as a poor relation to schools, somewhere for ‘other people’s children’, while the outlook for too many children in contact with the care system remains bleak.

New problems have emerged as well. A child in Hackney is more likely to fulfil their potential than ever before, but in some of our coastal towns and white working class communities, attainment, progress and aspiration are too low. Sink schools may have disappeared, but some schools that haven’t improved for more than a decade remain. Our colleges look less financially secure than in the past. Across the whole education sector a mentality of ‘what’s measured is what gets done’ trumps the true purpose of education, and curriculum thinking–the consideration of what needs to be taught and learned for a full education–has been eroded. The counterpart in social care is that while statutory services have largely been protected from funding cuts, early help and prevention have indeed been cut back. And schools have become another front in the new culture wars, expected to tackle an ever-growing list of societal issues.”

The Annual Report provides a summary of Ofsted’s findings from inspections, visits and research over the past year. It presents a ‘state of the nation’ commentary on the quality of education, training and care services in England.

This year’s report is clear that across the sectors Ofsted inspects, people are working incredibly hard to deliver for young people. However, the Chief Inspector said today that underneath the headline success, deep inequities remain.

“There is a group of young people who seem to have the deck stacked against them. I often liken the path through education to a slope. For affluent and high ability children the slope is, in general, fairly shallow, and the path to reaching their potential only moderately challenging. For others from poorer backgrounds, who face challenges in the home, or who struggle with learning, the gradient is steeper and the path is harder. Our job as education and care professionals is to reduce that gradient, to make that path shallower.”

And perhaps the most important thing we can do to reduce that gradient is to get the basics right.

The Chief Inspector urged policymakers to avoid searching for the latest gimmicks from the tech world to tackle these problems, saying:

“Some policymakers and practitioners are constantly looking for the next magic potion that will infallibly raise standards or reduce the numbers of children in care. Indeed, despite the history of snake oil, white elephants and fashionable gimmicks that have in the main been debunked, there remains a curious optimism that the elixir of education is just around the corner. But the truth is, we don’t need an elixir to help raise standards, because we already have the tried and tested ingredients we need.”

Instead, to put all children on the path to success, the most important thing is to get the basics right, which begins with early literacy. But the Annual Report finds that getting the basics right for one group of children is not always translating to getting it right for another.

The phonics screening check has had a major impact on the standard of early reading, with year-on-year increases in the proportion of children reaching the expected standard on the check. However, the percentage of children on free school meals (FSM) who reach the expected standard on the check is 12 percentage points lower than their more affluent peers. There should be no reason for this because the check is one of reading mechanics. Schools that focus on early reading make a major difference. Others need to do more. To support them, Ofsted will propose changes in the new education inspection framework that strengthen the focus on early reading.

There is also stark regional variation here, but not the usual pattern of advantage versus disadvantage. Areas such as Newham and Newcastle, which educate high proportions of disadvantaged children, excel in making sure that pupils eligible for FSM perform well on the phonics check. At the same time, more affluent areas like West Berkshire lag behind.

The Annual Report also highlights concerns raised by Ofsted’s local area SEND inspections. These have shown that provision for young people with special educational needs and/or disabilities (SEND) is too disjointed and inconsistent. Diagnoses are taking too long and are often inaccurate. Mental health needs are not supported sufficiently. The quality of education, health and care (EHC) plans is far too variable. Critically, the gap in performance and outcomes for children with SEND is widening between the best and worst local areas. Crucial to delivering a good service is having the right resources, a qualified workforce and strong leadership in order to be good or better. However, the Annual Report finds that in too many cases, the capacity for improvement does not exist.

There are almost 500 ‘stuck’ schools across England that have been judged inadequate or requires improvement at every inspection since 2005. This means that some children may have been in a failing school for their entire time at secondary school. More outstanding schools and school leaders are needed to help these schools improve.

Across the country, turnaround rates for underperforming schools remain too slow. A lack of sponsor capacity means some schools have been left in limbo for over 18 months before joining a multi-academy trust (MAT). The Annual Report argues that the current halfway-house approach to academisation is not working and calls for incentives to be reinstated to encourage the best schools to become academies and to use their expertise to sponsor.

“As long as children are attending schools that are perpetually less than good, we have a problem. What makes the inequity even starker is that many of these schools are concentrated in particular parts of the country, serving the same demographic groups – often the white working class.

I make no apology for not giving these schools an easier judgement; I’d never want us to be saying that this education wouldn’t do for Chelsea children, but it’s good enough for Grimsby. The moment we allow for a different quality of education based on demographics is the moment we concede defeat in the battle for equality of opportunity. It would be the moment we wrote off the Einsteins, Mozarts and Brontes of the future who don’t happen to grow up on the right side of the tracks.

Instead, we need a real focus on improving standards in areas and schools that lag behind. We need to inject capacity.”

Other areas of concern highlighted in the Annual Report

In January, Ofsted will consult on the new education inspection framework and handbooks. This will give the sector a real opportunity to shape the future of inspection. The framework is being piloted throughout the autumn term until July 2019, with information and training sessions for schools running in parallel. Subject to the consultation, the new framework will take effect from September 2019.

Over the next year, Ofsted’s research programme will explore many of the themes discussed in the Annual Report. This will include projects looking at:

In addition, Ofsted will be working with the Department for Education to look at ‘stuck schools’ and what they can do to improve. 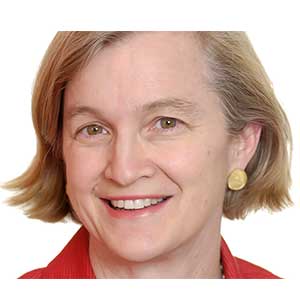 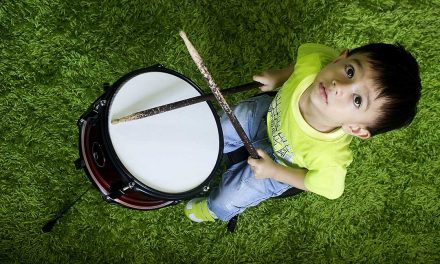 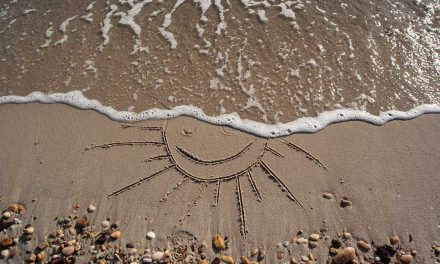 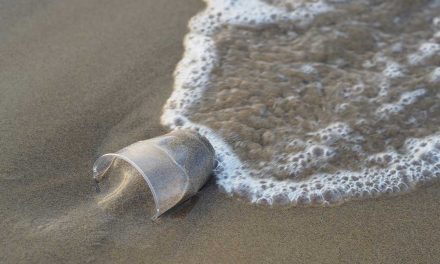 Drive for schools to be single-use plastic free by 2022 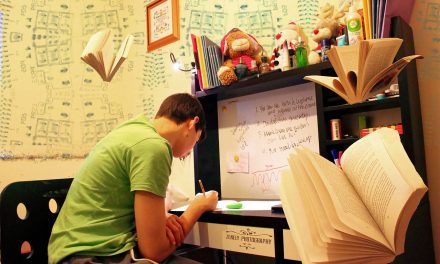 How To Coach Your Child Through Exam Season