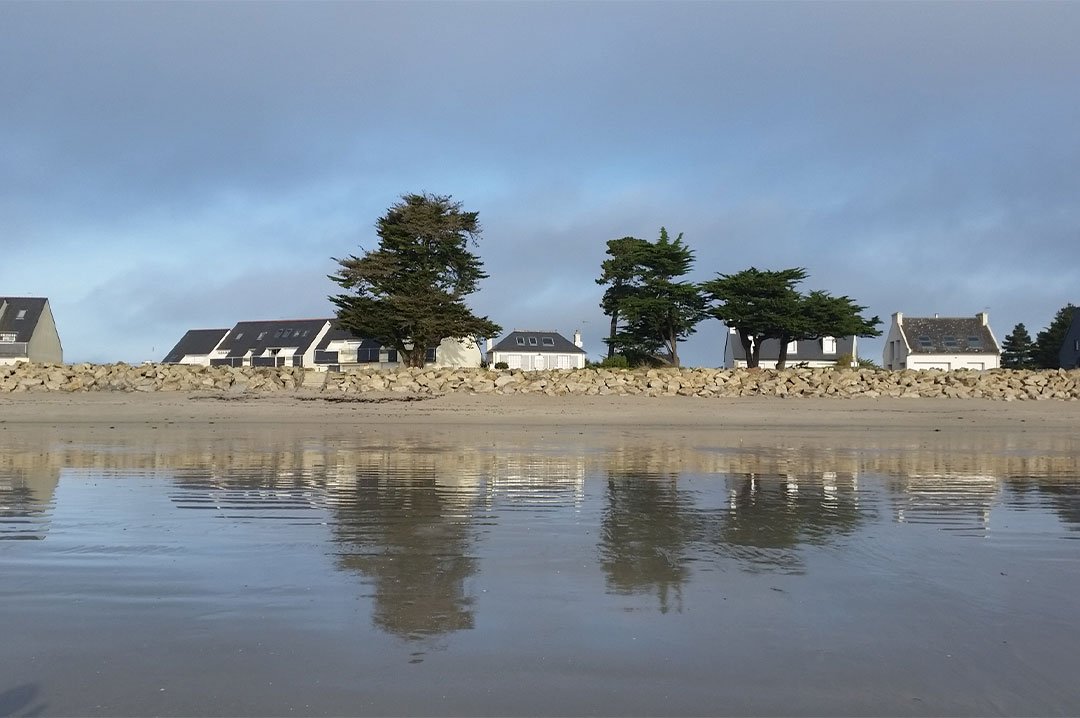 When the emailer hit my inbox from Atlantic Collections, I instantly visualized the sunshine, blue skies, white crashing waves and long golden sandy beaches of the Southwestern coastline of Brittany in France. I could virtually smell the salty air, the flavours and fragrances of the fine French cheeses, the bouquets of the wines. Mmm, I could really do with some of that.

I quickly clicked on the link to the website and was presented with 6 idyllic locations across Brittany’s Southwestern coastline, all with prime beachfront locations. Straightaway I wanted to explore and share these “coins de paradis”, tucked away from the madding crowd! As we neared our destination the satnav guided us onto a dirt road just behind the beach where we were greeted with a magnificent view across the beach and out to sea. Any closer and we would have needed a dune buggy.  About 100 meters on we reached the gate of the house where we tightly squeezed our car onto the drive. We were literally stepping out of the front door and straight in for a paddle, you couldn’t get any closer to the beach without being physically on it. My son, Jim,  was ecstatic and celebrated by counting only 5 giant steps to the sea! He is always happy when he is “au bord de la mer”. The house itself is perfectly nestled on the edge of the beach not far from the village which is at the end of the peninsula where the house sits. My husband described it as “very chic!”.

It was decked out with modern furnishings, tasteful decor and so very, very authentically French. It was extremely well equipped, warm and inviting and you could see from the size of the dining table and the extremely well-stocked crockery cabinet that this was a great place for a family gathering. As far as the eye could see

Every window at the front enjoyed a full-on sea view which stretched for at least 5km in both directions.  Ocean, beach, rugged coastline, ocean, beach, rugged coastline as far as the eye could see. The neat little fenced garden allowed for privacy at the rear without restricting the view at the front. Perfect for people watching, bird watching, sea watching, well, any kind of watching really.

The house sits in a perfect location for anything “Beachy”. There are great waves to catch or just pottering in a dinghy, a dip in the ocean or simply just playing on the beach with your family by the sea.

If you are feeling more energetic then you could take a coastal bike ride, a walk or even jog if the mood takes you. Hiking trails are signposted for walks and cycling with constant ocean views. A 20-minute beach walk takes you to the tip of the peninsula, where you will find a selection of cafes and restaurants which seem to come to life in the late afternoon and into the evening. There is also a little foot ferry which connects to the neighbouring port of Loc Tudy where you can find a larger selection of facilities. They run regularly according to the timing of the high tide and for just a few euros and you can just hop on and off. For me though, unlike my husband and son, just simply sitting on a deckchair facing the ocean and contemplating life was perfection. It certainly helped me to shake off the winter blues and wake up to spring. Nothing too animated or energetic, just chilling in the garden with a good book and enjoying the lovely French culture (primarily the wine, cheese and bread!).

The Atlantic Collection is owned by Ronan Pensec who is a former French professional cycling road racer. He was one of the most renowned road racers of the 80s.

Ronon became professional in 1985 with the Peugeot cycling team. He finished sixth in the 1986 Tour de France and seventh in 1988. In the 1990 Tour, he actually got to wear the famous yellow jersey.

Ronan is now a television commentator and consultant for France Télévision on many major cycling events.

Throughout his career Ronan has had the opportunity to visit many beautiful places around the world, however, each trip made him appreciate his home even more, the southwestern coast of Brittany where he was born in Douarnenez in the department of Finistère. Foundation of the collection

Ronan founded the Atlantic Collection which he affectionately describes as “6 houses of character, nestled along the rugged and protected Atlantic coast in privileged locations”. He also said that finding these houses and offering them as holiday homes is his way of showing and sharing this part of the world that he enjoys so much.

So maybe a stay on the coastline of Southwest Brittany is just the tonic.

It was for me, why not give it a try?

These houses are not huge millionaire style pads and therefore affordable, they are accessible to us “ordinary” folk who are looking for that something a bit special and different.

Prices start from €686 per week in low season up to €1449 per week in high season. (High season bookings are for a minimum of two weeks)

Prices based on “The Beach House” Ile-Tudy where we stayed. 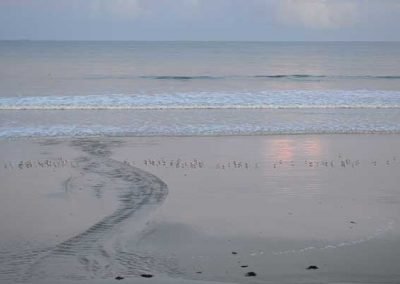 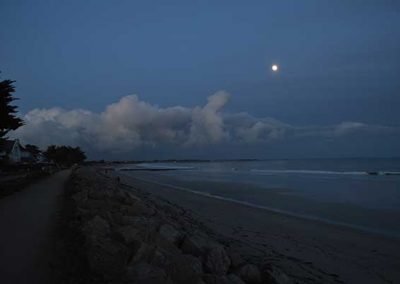 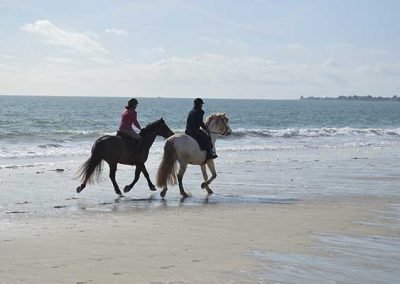 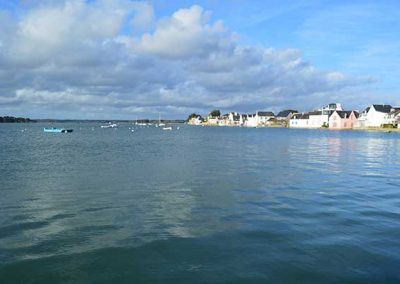 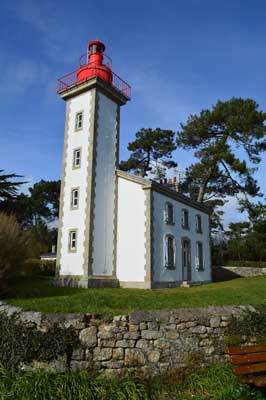 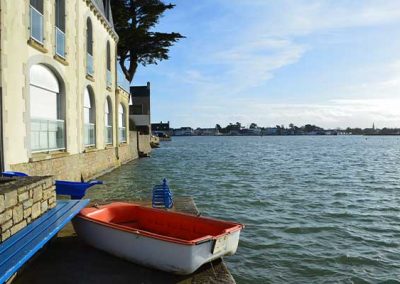 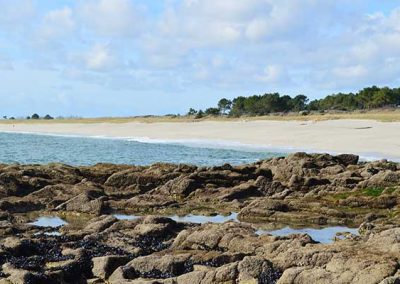 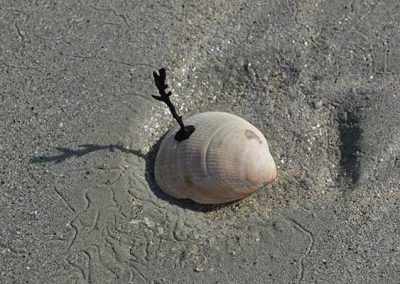 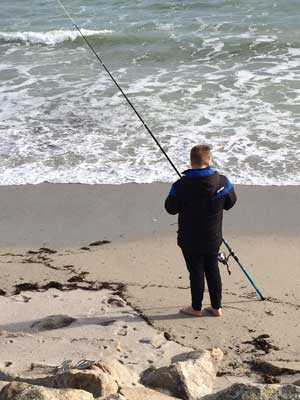 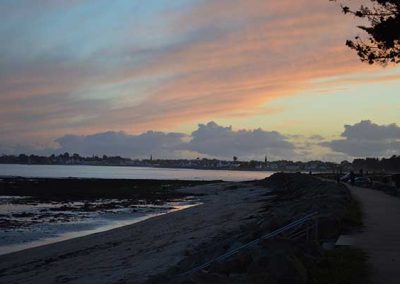 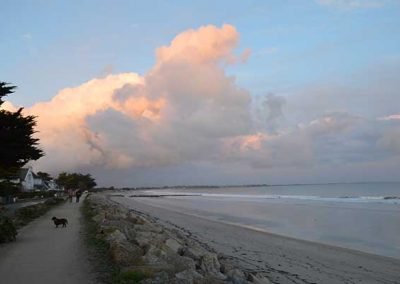 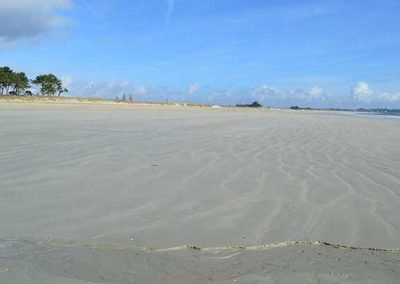 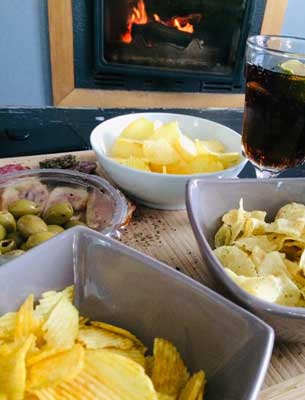 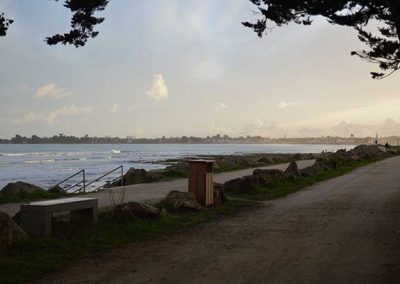 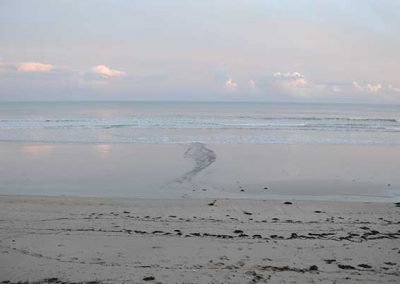 For more information on the Beach House and the other 5 properties in Ronan’s Atlantic Collection visit:
www.atlantic-collection.com 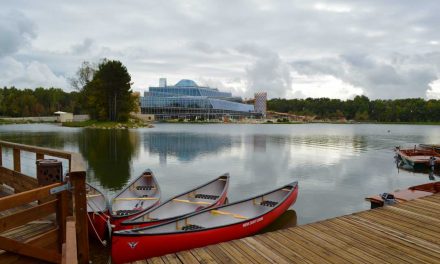 Great for kids, but not exclusively so – Les Villages Nature – Paris 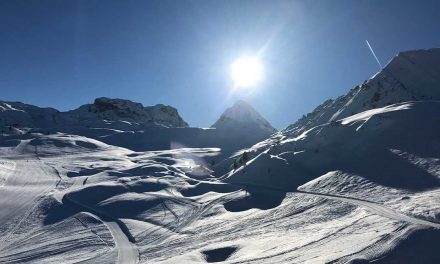 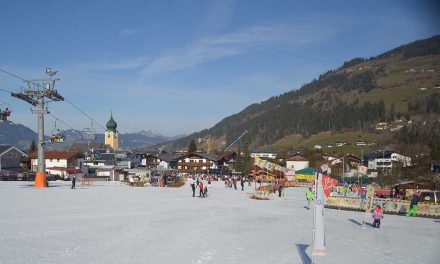 Learning to ski with the Family in Westendorf – Austria 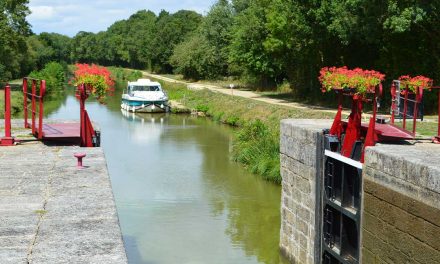